Not many communities can boast that they have their own murder mystery series written about them, but Sun City West, Arizona, sure can! The Sophie Kimball Mysteries began in 2017 with the publication of Booked 4 Murder, a humorous cozy mystery meant to keep readers laughing and guessing whodunit.

The name, Booked 4 Murder, originated with the Sun City West’s Library book club and is dedicated to the club. Eight books later, amateur sleuth Sophie (Phee) Kimball is still going strong. She came to Sun City West from her bookkeeping/accounting position at the Mankato, Minnesota, Police Department to chase down a so-called book curse that was responsible for knocking off a number of Sun City West residents.

In addition to sleuthing, Phee must contend with the wacky book club ladies, the ornery pinochle players, and a host of other notable community characters. But that’s the easy part. She also has to deal with her mother Harriet’s neurotic Chiweenie dog, Streetman.

In fact, Harriet has gone so far as to create a special walking map for the dog, detailing where he should or shouldn’t go. That map, professionally designed by noted cartographer Rhys Davies, whose works have appeared in Louise Penny’s mysteries and Jeanine Cummins’s American Dirt, will appear in Railroaded 4 Murder, to be released in August 2021.

Many readers are curious as to which clubs and activities are featured in the different Sophie Kimball Mysteries. Listed below is the answer. As a cozy mystery, it is not necessary to read the books in order. Readers will quickly catch on and join the fun no matter where they start.

The Sun City West Library has these books in its collection along with the Maricopa County Library System and many other library systems across the United States. In addition, they are readily available for purchase on Amazon, Barnes & Noble, and your favorite bookseller. Not to mention, on Kindle and Nook, too!

If you’re looking for laugh-out-loud humor and mysteries that will keep you turning the pages, we hope you get to meet Sophie Kimball. Just keep your hands away from Streetman! 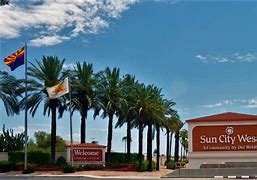